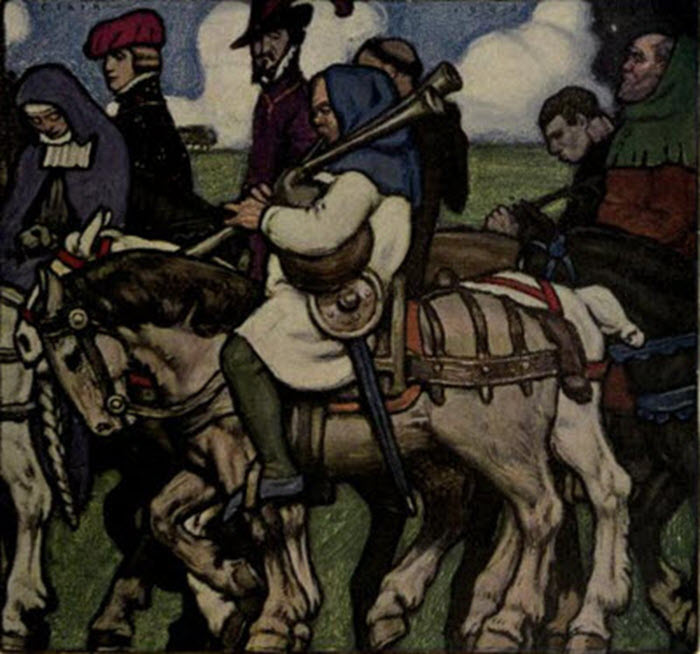 This is a website about the Canterbury Tales. The Canterbury Tales is a collection of over 20 stories written by Geoffrey Chaucer. The framing device is that a group of pilgrims, including Chaucer, are traveling from London to Canterbury on a religious pilgrimage. On their way, the travelers hold a friendly story telling competition. The winner will receive a free meal at the Tabard Inn. 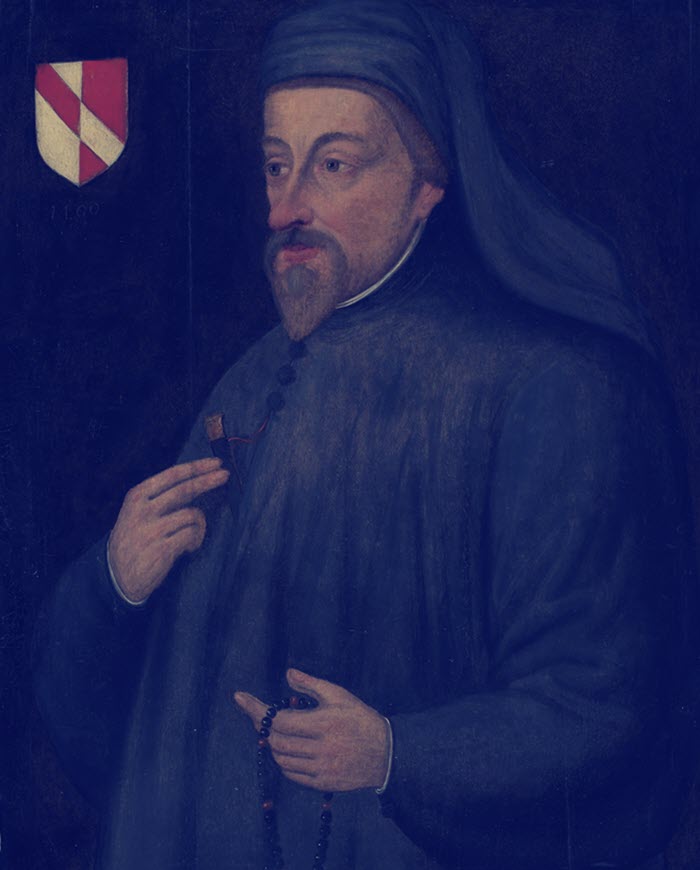 Here you will find summaries of the tales as well as a biography of Chaucer and other resources such as a dictionary of Middle English, and background information about the historical and social background of the Canterbury Tales. 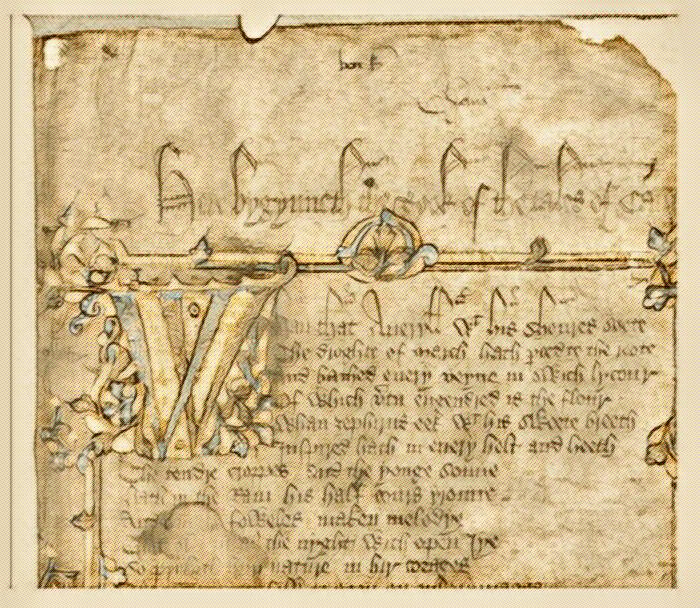 The motif of stories within stories was first popularized by Boccaccio's Decameron, and then copied by Chaucer, Margueritte de Navarre in her Heptameron, as well as many others. However the format is even older than these medieval classics, having been used as the framing device for the One Thousand and One Nights. The use of multiple story tellers allowed Chaucer to adopt differing points of views and narrative styles. Each of the pilgrims is different than his or her companions, but despite a certain individuality, the names of the characters -- mainly associated with a particular profession or trade -- implies that they are stereotypes, intended to satirize a certain aspect of society during Chaucer's time. Some of the characters, it must be said, barely rise above the level of literary devices, two dimensional and flat, whereas some of Chaucer's Canterbury pilgrims, such as the Wife of Bath, have fully developed personalities and are much more nuanced. The marked difference in the quality of the stories and the narrators may be due to the fact that the Canterbury Tales were likely never finished by Chaucer.

Chaucer was not a professional writer. He had important duties at court which required his attention and much travel. It is likely that he never found the time to finish the Canterbury Tales. however it is a testament to his genius that even if unfinished, the Tales stand as an enduring work of fiction and earned Chaucer the high honor of being the first poet buried in Westminster Abbey. He would later be joined by the mortal remains of other literary luminaries such as Dickens and Milton.

The Wife of Bath's Tale